‘InsideOut’, an exhibition of one-off posters organised by the AIGA San Francisco Chapter. Invited participants, from inside the Bay Area and from outside, were asked to design a poster based on a personal impression of San Francisco. The posters were sold at silent auction in November 2013 to raise funds for AIGA scholarships, educational programming and community events.

It seemed appropriate as ‘outsiders’ to adopt an approach which might in some way portray a ‘universal’ view of San Francisco; something to celebrate the influence the Bay Area had on culture, art, technology and music in the latter half of the 20th century. MuirMcNeil’s ThreeSix 31 typeface, with the contoured layering attributes of its eight weights, seemed to be the ideal vehicle with which to create a typographic psychedelia with minimal content – SF CA is a concise and easily recognisable way of representing the city in typographic form. The colours speak for themselves.
four-three 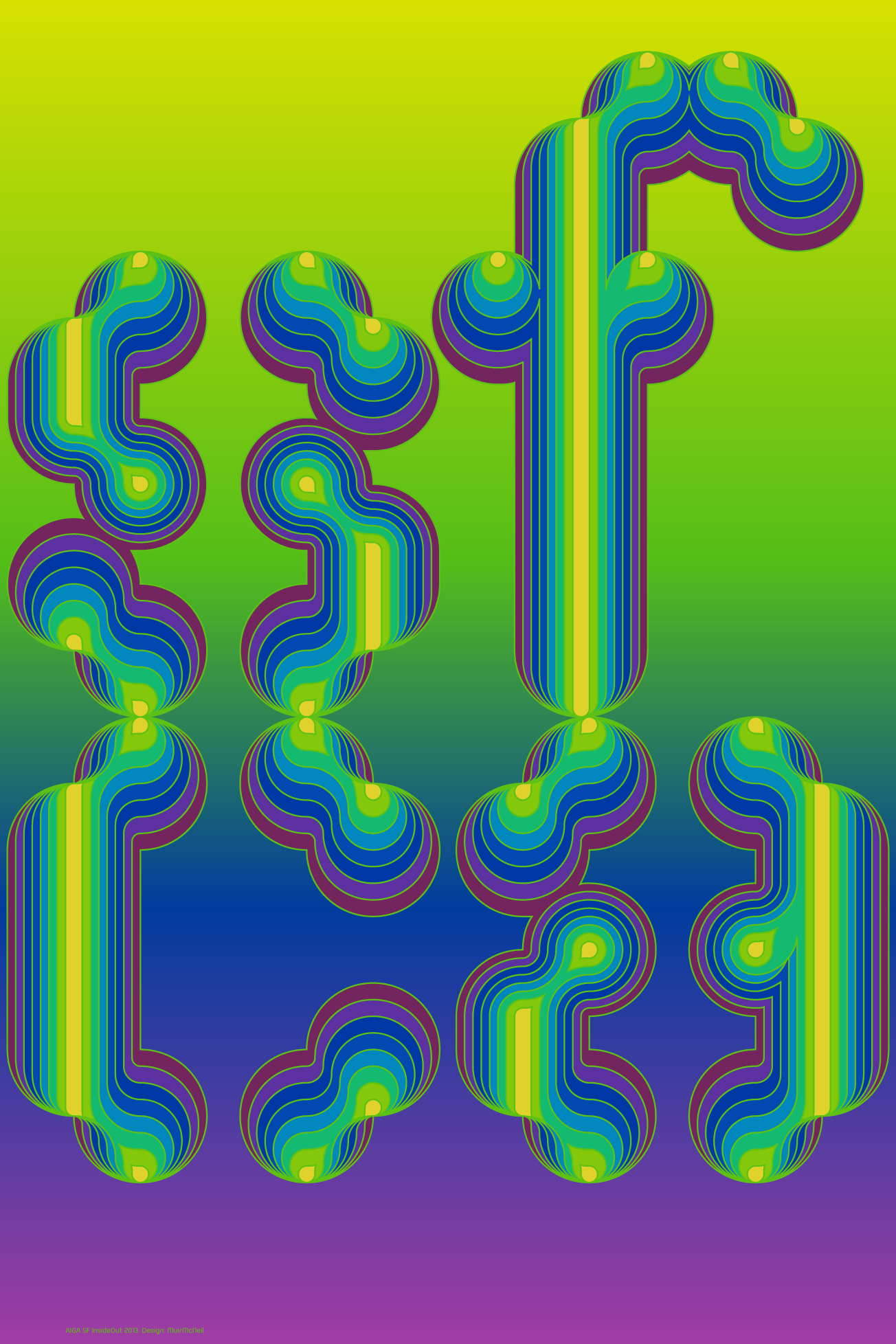