All identical, all different

For the cover of Eye Magazine no. 94, MuirMcNeil designed a systematic process to generate 8000 uniquely different typographic compositions using the TwoPoint and TwoPlus type collections. The Eye covers were printed digitally on an HP Indigo 10000 press at Pureprint using HP ‘Mosaic’, a program that enables variable data printing from vector-based ‘seed’ image files. To originate the master seed files, we produced a series of square-format compositions in which the letters of the word ‘eye’ were repeated in fixed increments and in three layers, each typeset in a different font of the TwoPoint and TwoPlus type families. These settings followed consistent progressions of all 76 weights and styles in each of the three layers, which were shifted laterally in distances precisely proportionate to the letter size and spacing. To establish a visually coherent range of variations across the entire system, we defined a series of parameters within which Mosaic was used to scale, position and crop sections of each seed file to produce 8000 unique numbered front and back covers.


The letters e and y were typeset using fonts from the TwoPlus collection, offset in three layers to form a square-format matrix
four-three 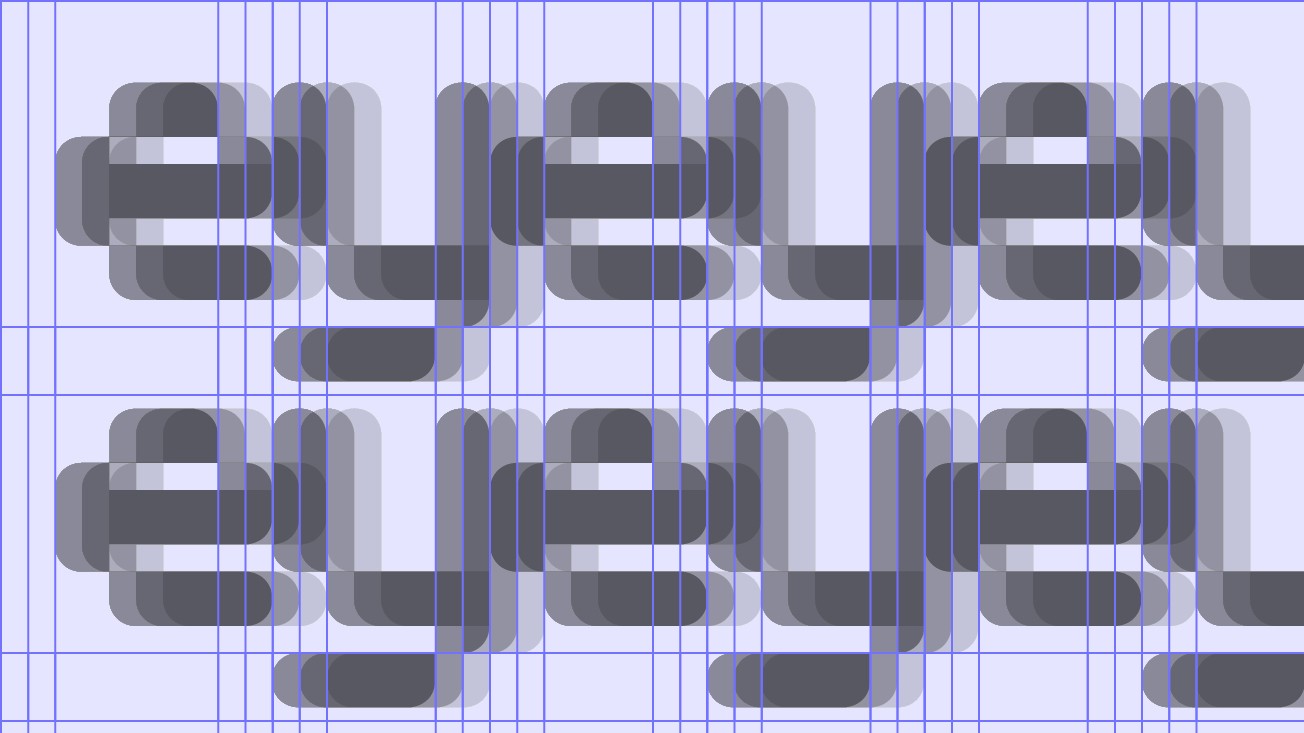 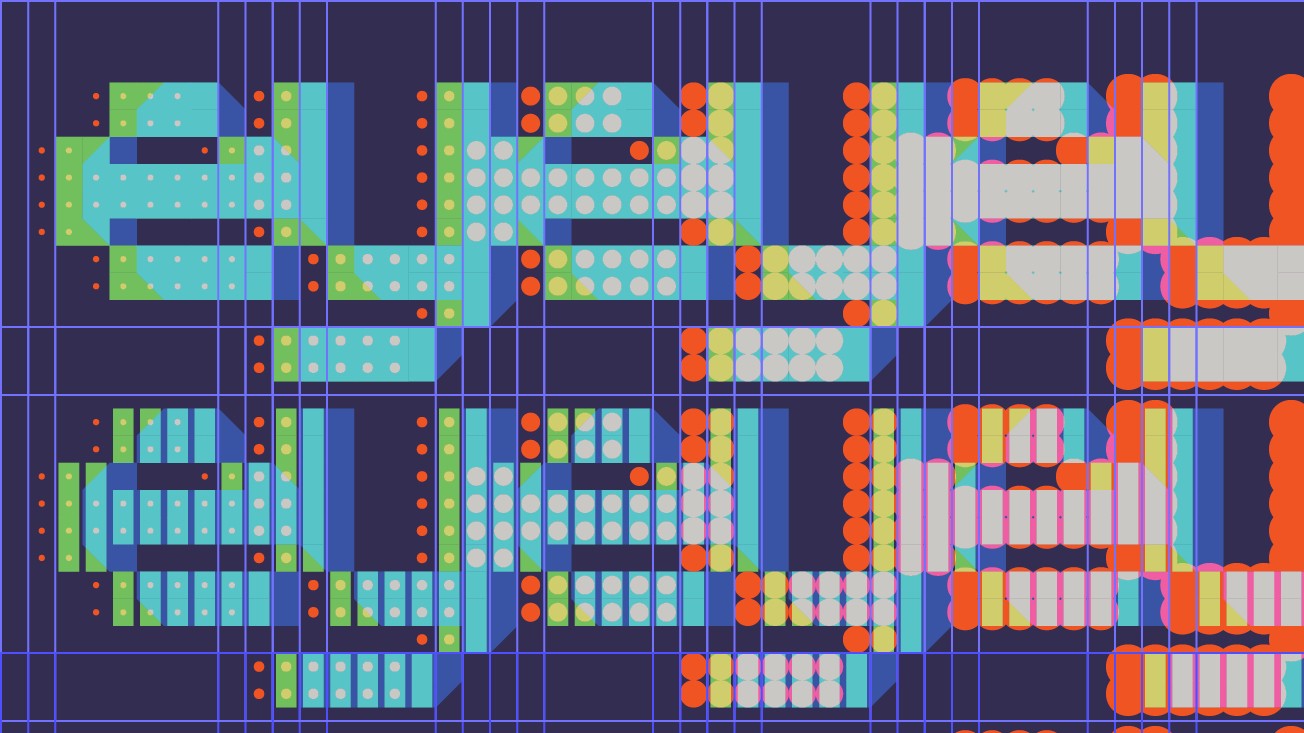 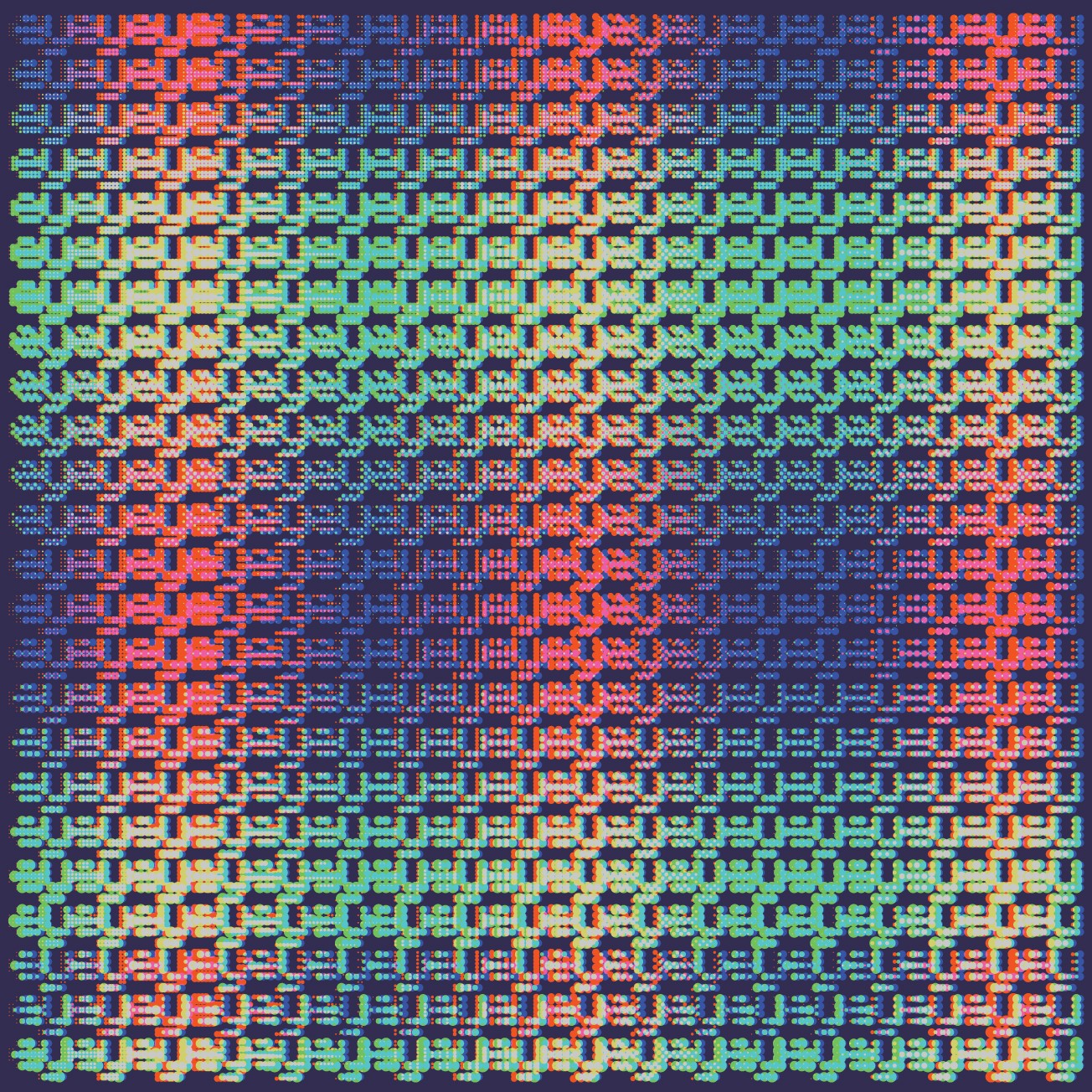