THD Sentient is an all-capitals type family in four weights developed by MuirMcNeil in collaboration with Tim Hutchinson. Hutchinson originally designed Sentient in 2017 as a single alphabet for ‘Beyond 2001: New Horizons’, a celebration of the 10th anniversary of the Stanley Kubrick archive at the London College of Communication.

THD Sentient’s characters are based on the forms of numerals used to display data on the screen of HAL 9000, the intelligent computer that controls the systems of the Discovery One spacecraft in Kubrick’s 2001: A Space Odyssey. These characters were re-appropriated from an original font created for the IBM Selectric II typewriter at two fixed sizes, specifically for financial settings.
four-three

Although Kubrick’s meticulous research and attention to detail in his films are known to extend to the minutiae of letterforms, whether he was directly involved in the implementation of HAL’s display is not recorded. However, it is evident that HAL’s designer co-opted the IBM numerals more for their evocation of an otherworldly computer language than for any technological veracity.

THD Sentient is a reinterpretation of these forms, rationalised by MuirMcNeil and extended into a fully-functional all-capitals character set. Monolinear and proportionally spaced, THD Sentient is available in four weights set on bodies that all occupy precisely the same widths.
four-three 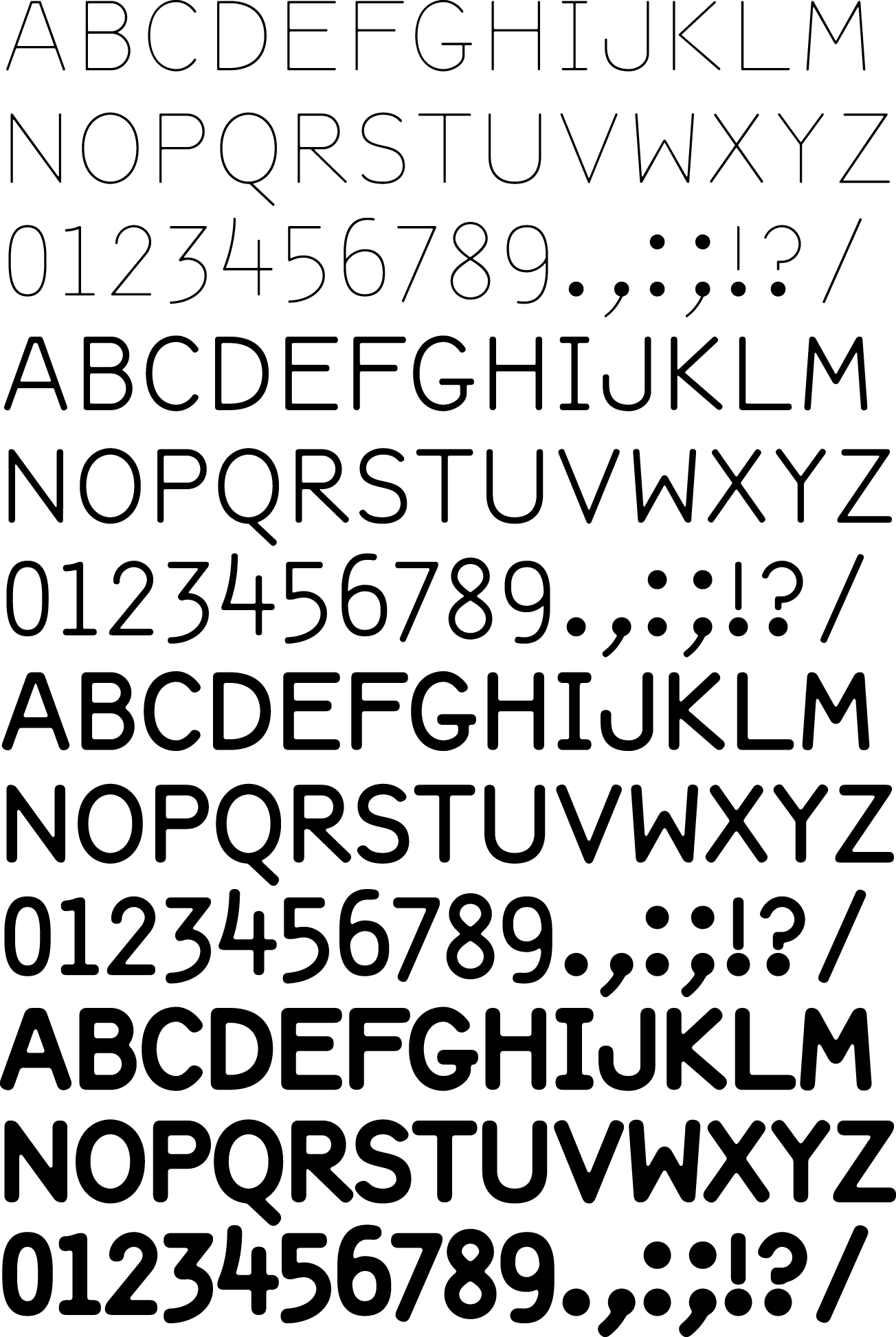