Stem is a display type system that was first published by MuirMcNeil in 2016 as a development of Cut, a stencil typeface inspired by baroque and modernist designs. In 2020, Stem was revised and expanded as a comprehensive type collection in matching roman and italic styles each drawn in five weights.

MuirMcNeil Stem is modelled on the shapes and proportions of the radical typefaces produced in the late eighteenth century by typefounders such as Firmin Didot and Giambatista Bodoni. The sharp contours, extreme contrast and vertical axis of these neoclassical types has been taken to an extreme in both Stem variants. In Stem Thin, letterforms are reduced to hairline strokes that dissolve into open intervals, resulting in detached, razor-sharp serifs. It is intended for use in display settings at very large sizes only, whereas Stem Thick features more robust serifs that allow it to be used effectively at smaller sizes.
four-three 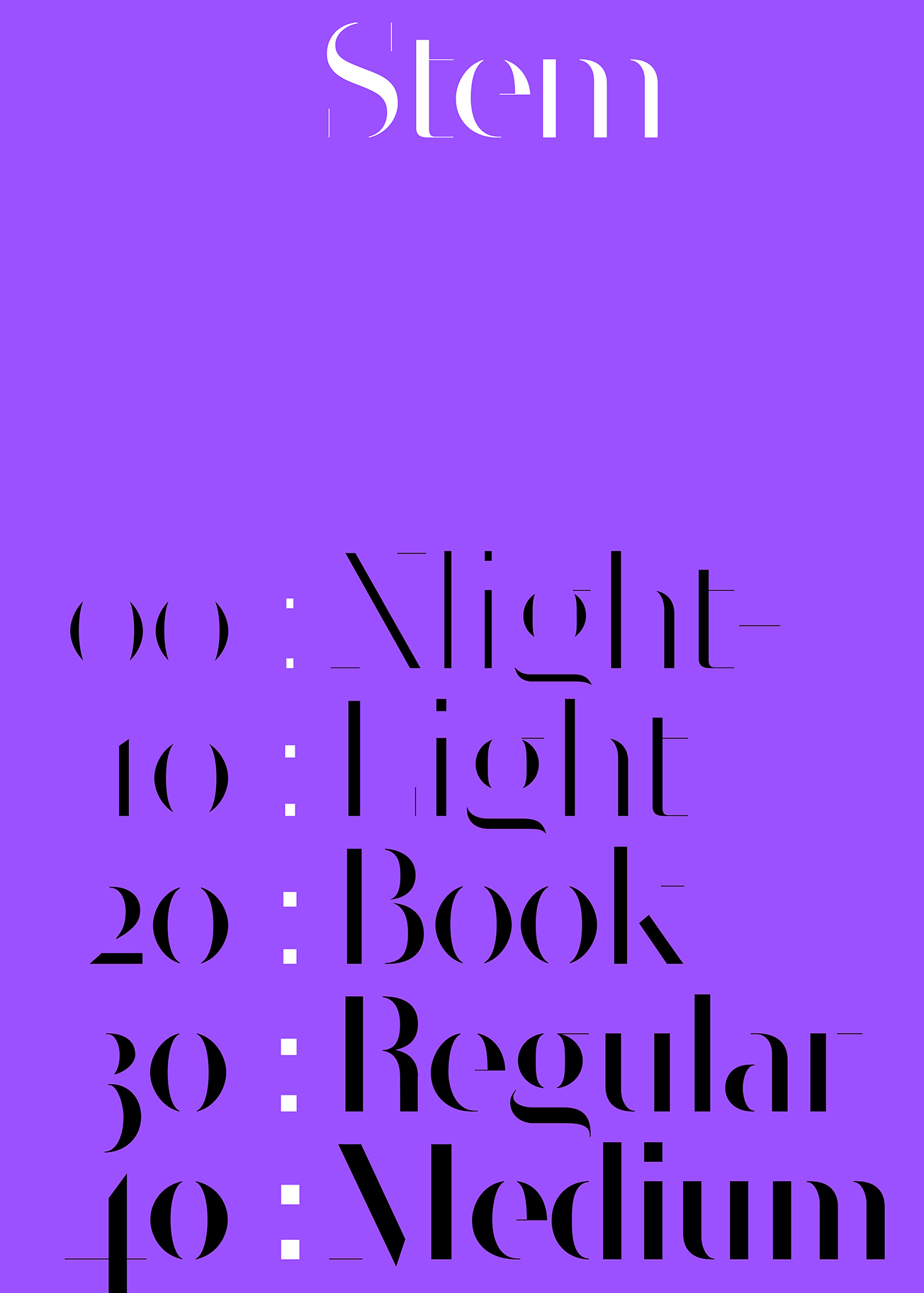 The systematic methods used to assemble Stem’s characters follow the approach seen in constructed types from the early twentieth century, where letters were broken down into sets of basic geometric components that were repositioned, repeated, resized or reﬂected to build complete alphabets. These designs and their eighteenth century antecedents can be seen as foundational to the development of a typographic lineage that is rational, reductive and modern, and which the MuirMcNeil Stem collection celebrates.
four-three 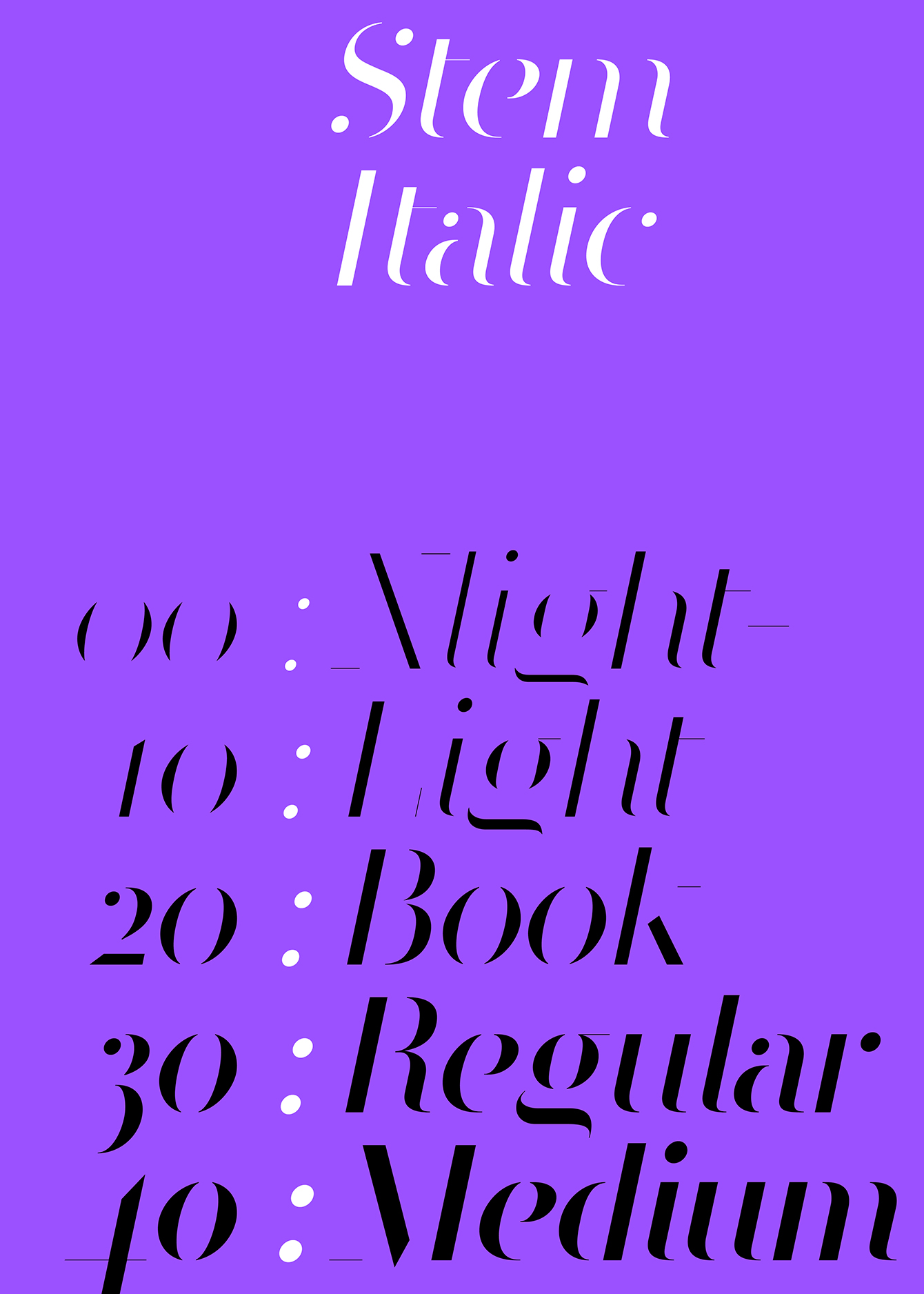