MuirMcNeil ThreeSix is an optical / geometric type system consisting of six typefaces in eight weights. The ThreeSix project explores issues of legibility and readability in the design of geometric typefaces for use in extended text as opposed to those intended solely for display purposes. ThreeSix also concerns the use of generative and rule-based design methods for form-giving in typographic media.

ThreeSix won an ISTD Premier Award from The International Society of Typographic Designers in 2011.

In ThreeSix a systematic progression of optical and structural interventions is used to generate a set of geometric typefaces which are highly distinctive at large sizes but which can also be read in bodies of extended text with comparative ease. A series of compensatory optical strategies are exploited to create the illusion of evenness in the fabric of reading matter. These structural modifications are plainly visible at large display sizes but, at text sizes, the reader experiences only the resulting overall effects on what he or she is reading rather than their specific formal causes.

In the six typeface groups within the ThreeSix system, optical and structural interventions operate successively on five key typographic functions:

Contour –
the shape of individual letterforms

Junctions –
the optical effects at the intersections of strokes

Weight –
progressive accumulation of density on the skeletons of the letterforms

Spacing –
the fit of the forms in sequences

In ThreeSix a range of compensatory visual modifications, such as open cusps or small intervals at junctions within glyphs, are easily visible at large sizes. However, at smaller sizes, the eye can perceive only the general effects of these adjustments on bodies of text

ThreeSix works within strict geometric constraints. All of its typefaces are based on a grid of 36 unit squares subdivided into nine units and all are constructed from a set of modules using vertical or horizontal straight lines and circular arcs.

Each typeface group has eight weights: 018 Ultra Light, 036 Extra Light, 054 Light, 072 Regular, 090 Medium, 108 Bold, 124 Heavy, 144 Black. Cap-height, x-height, ascent and descent measurements are identical across all ThreeSix typefaces. In each typeface group, the vertical strokes of all weights align on a central axis and weight is applied as an increase or decrease on the stroke axis in 18 unit steps. In this way, all letterform contours within each typeface group map onto each other precisely.

The grid also determines consistent character and word spacing, with all side-bearings and kerning pair values conforming to nine unit increments. As the typeface weights within each group become bolder, the resulting decrease in side-bearing values tightens the overall fit of character sequences, visually emphasizing the increase in weight.

Because ThreeSix contours and spaces map onto each other precisely, a wide range of visual options is available to designers in both spatial and time-based design. Using bitmap, vector or moving image design software, users can apply selected contours either in precise registration or in easily calibrated positional offsets. 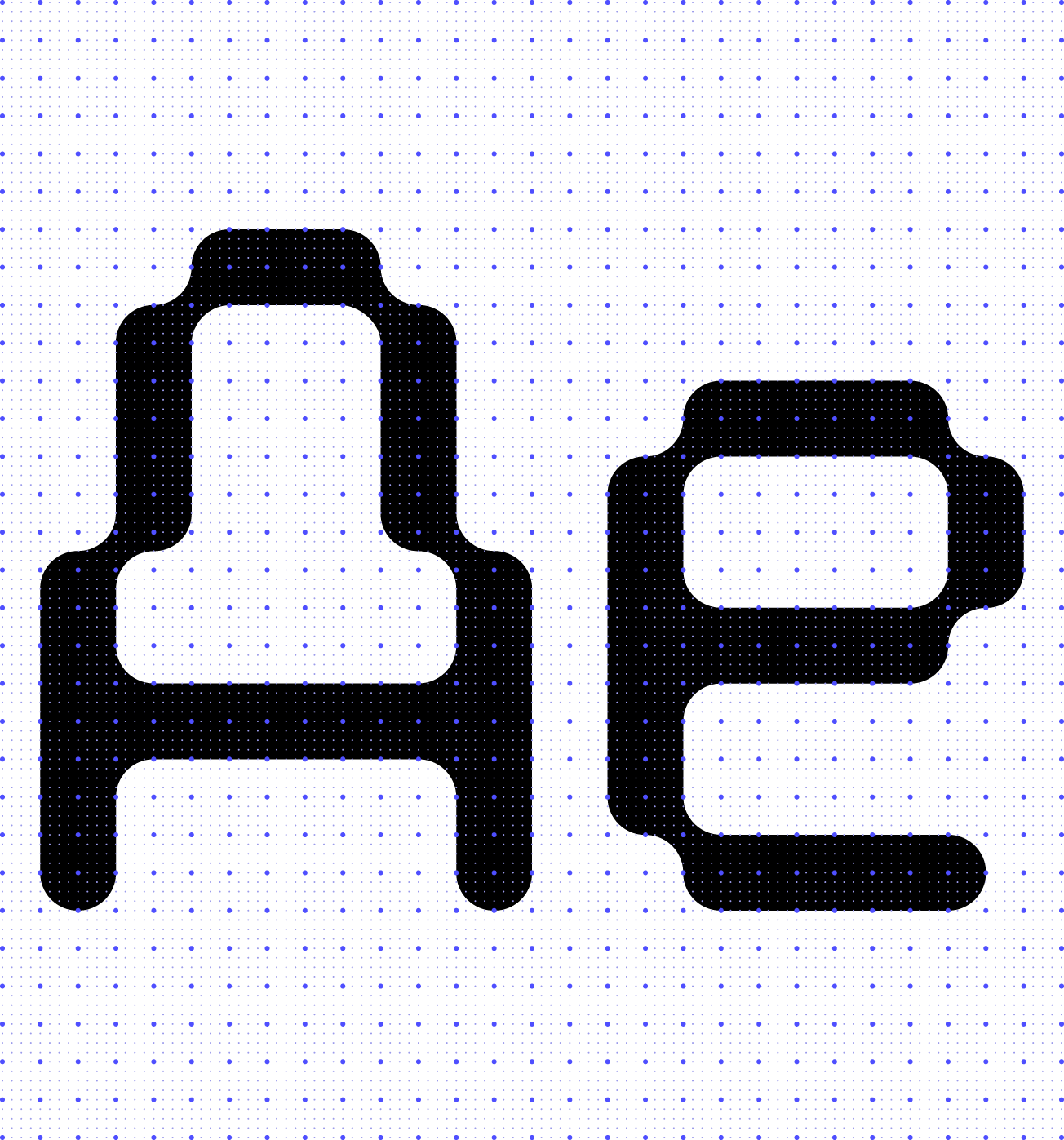 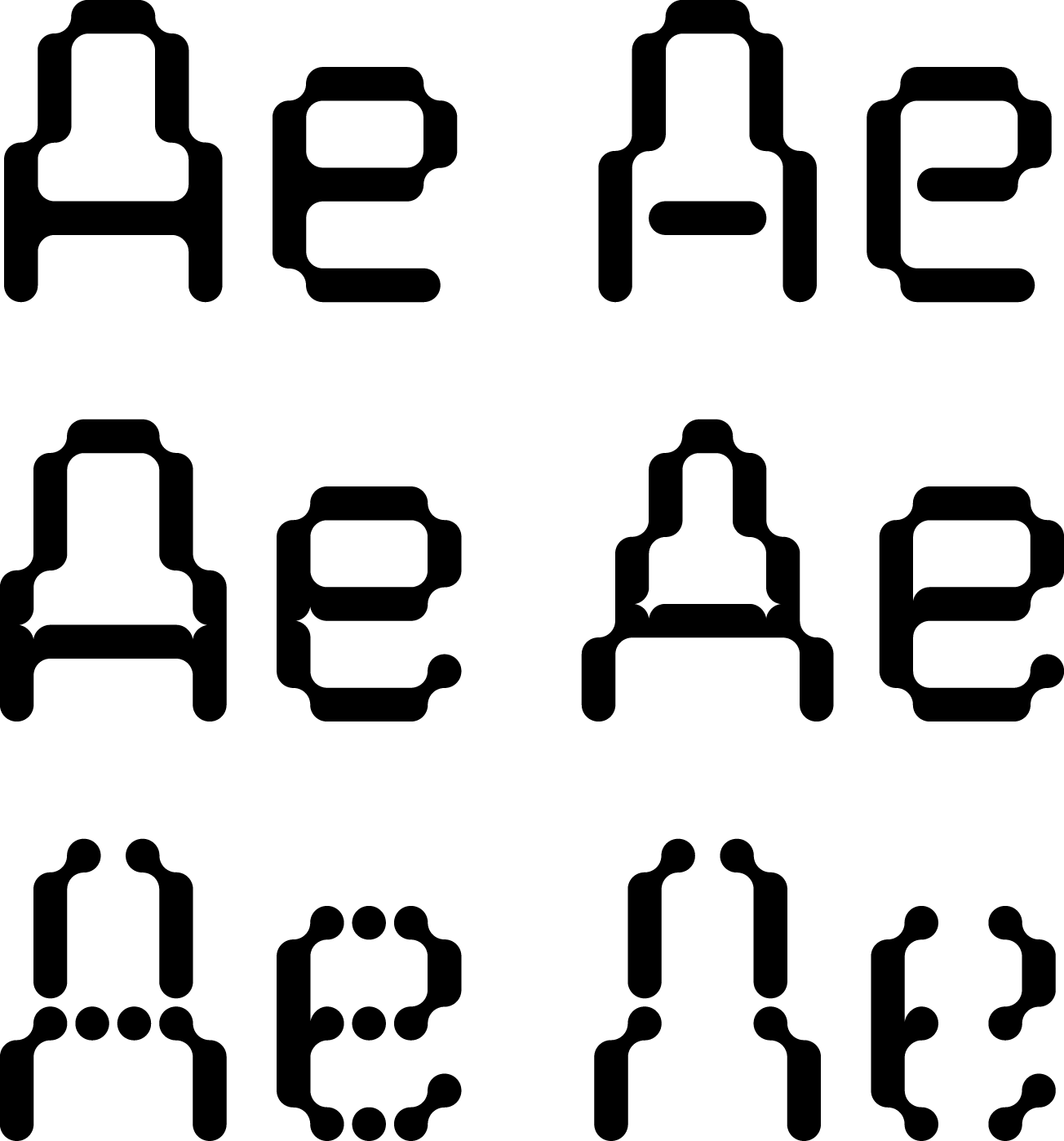 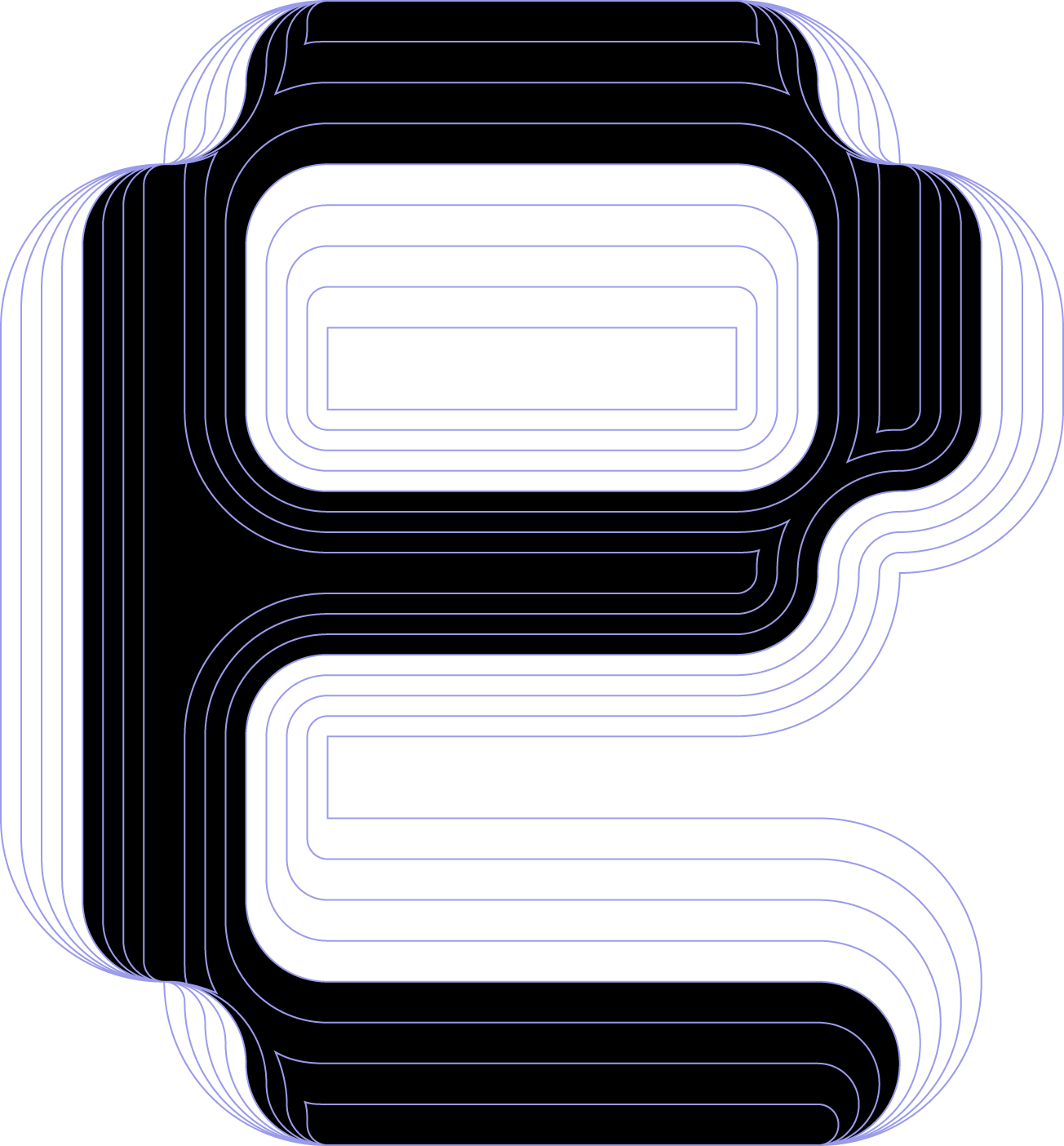