Designed by Chris Jackson and Nick Kapica, the ‘1974’ clock is made from 3mm ABS with custom 3D printed hands. The numerals 1; 9; 7; 4, which are part of the clock face, use MuirMcNeil’s FF ThreeSix 31. The typeface was chosen by the designers ‘for its geometric clarity and its visual similarity to the CNC cutting paths that informed design development’.

The 1974 clock can be purchased at the Northwards Design store. 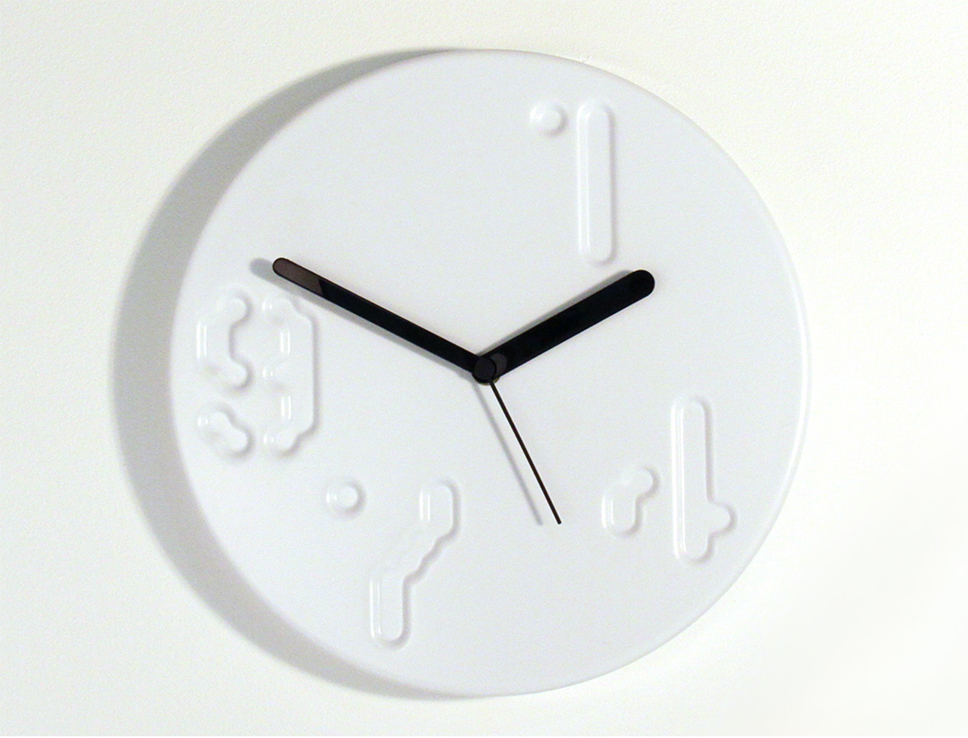 Posted in Uncategorized | Comments Off on ThreeSix in use – 1974 Clock